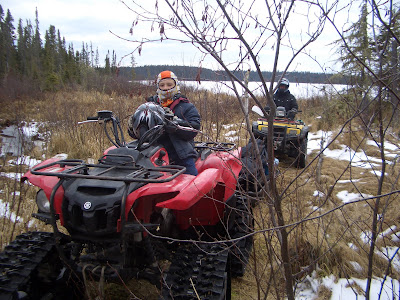 We had a pretty good weekend
First at Haydens hockey wind up he won the biggest trophy ( its all about the size of the trophy when you are a kid)
then went to camp - arrived about 6pm
Don, Ton, Jerry Vanderweyst and Jim and Larry were up to camp doing some ice fishing as well.
they had the holes already drilled and were actually just heading back to camp.
they weren't more than 200 yards away when we caught our first walleye.
within the hour Hayden had a 36 inch pike. 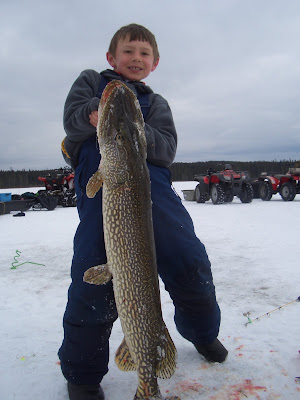 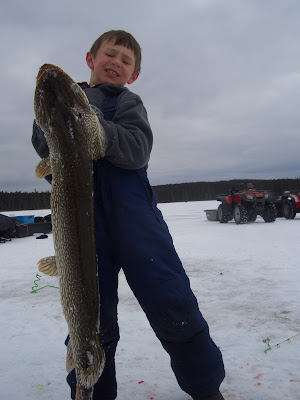 the next day we went out about noon and the first fish was a 46 Pike
Hayden has caught a lot of 40 plus pike but I think that is his largest pike to date. 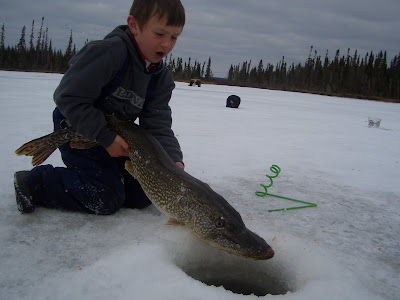 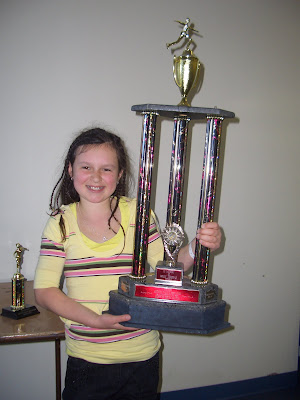 we had to leave early to attend Seannas figure skating windup where she won the biggest trophy for artistic talent and dedication.

the weather was perfect
the fish cooperated
and Seanna and Hayden finished off a great season.
Posted by Kevin Geary at 9:49 AM 1 comment: