The guys started putting roof trusses on Cabin two today.
It is going to be all windows on the lake side with a nice high cathedral ceiling.
Over 2000 square feet. 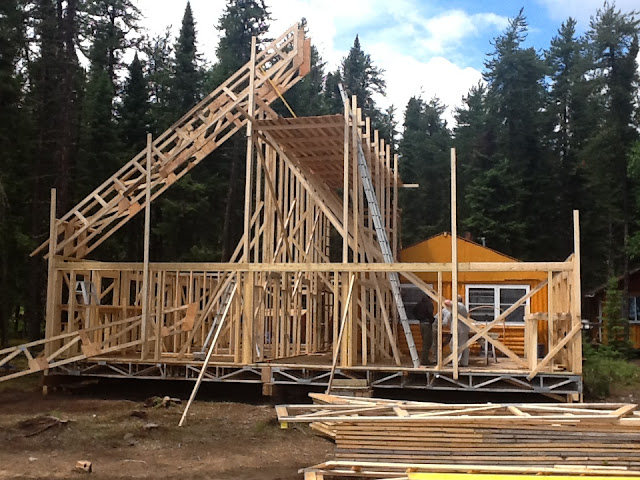 Posted by kgeary at 2:05 PM No comments:

Ben Brooks, With the largest Pike of His LIFE! He caught this 45.5inch pike on the fist morning at the first point 500 yards from Anglers Kingdom. Josh brooks did a fabulous job of netting the fish! 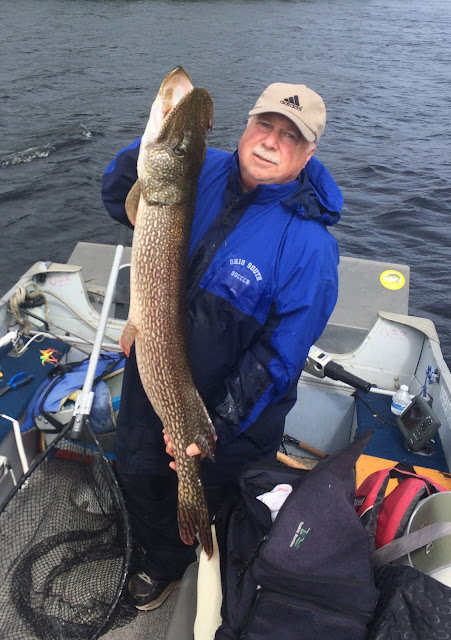 All groups reported excellent fishing.
Last week Gary Stepzaks group wre here for their first visit.
They said it was the best fishing they have had in over thirty years fishing Canada.
Gary said everything I told him to do and every place I showed them to fish were bang on.
They caught 3 pike over 40 inches on a fly rod. Including a forty incher that weighed over 20 lbs.
They caught hundreds with the fly rod and well over acthousand fish


june 11-17
Jack Beavers group was back for their 10 th trip in a row.
They caught more fish than ever.
They had four new personal best walleye 28-30".
Joe Sargeant group caught thousands of fish including a beautiful 30 inch walleye from Little Lake to The North. They reported catching thousands of walleye up there. We have always caught lots of fish and some nice size fish but that is the first 30 incher from The Little Lake to The North. 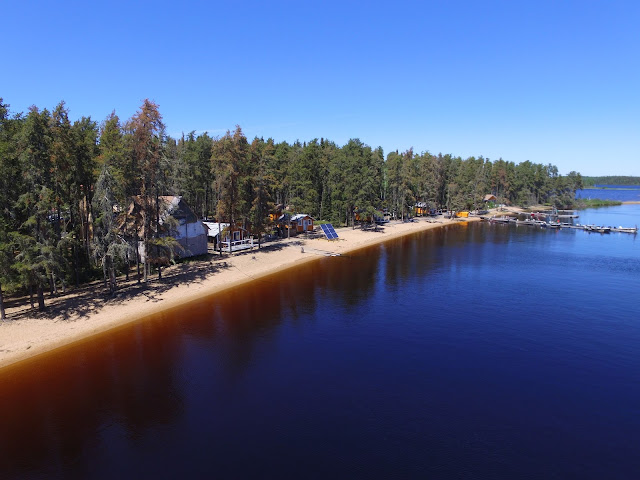 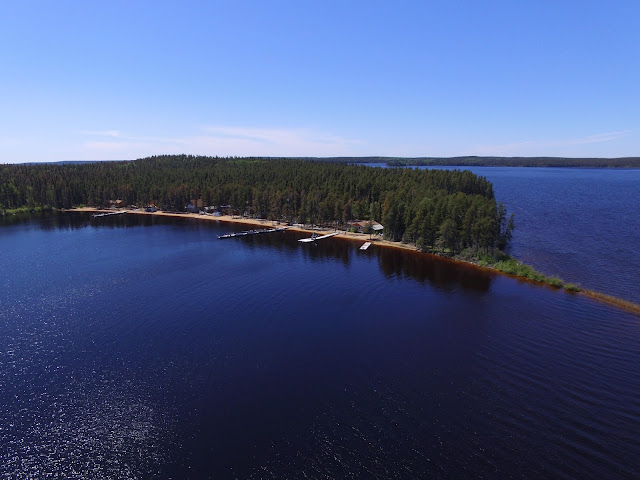 Posted by kgeary at 1:45 PM No comments:

Hi folks
First post of the season.
Should have done sooner but we,ve been busy
Again making improvements for our guests.
We are putting a huge addition on cabin two.
When finished it will have six bedrooms and five bathrooms.
With a giant living area.
Four bedrooms will be 14x18 with there own bathroom.
Of course it will have a 12x40 deck across the front.

We are also going to renovate cabin seven making the bedrooms twice their size and adding two bathrooms. More patio doors and gable end windows plus more windows on each side to really brighten up the living dining area.


But I know you are most interested in the fishing

The ice went out May 2
Water is about normal for this time of year.
I haven,t even been fishing yet.
I took four cast off the dock a few days ago and caught three walleye and on the fourth got bit off .
Rene had a monster he figures was over 50 inch come up beside his crankbait right beside the dock.
We have seen a big fish chasing prey just off the beach several times the past week.
Fish are in all the usual places.
Guests have been catching lots of fish off the dock the past three weeks.
Some 25-26 inh walleye some 42-44 inch pike.
Last night one guest caught a walleye and a 36 inch pike grabbed it.
While his buddy was helping him net it he left his jig dangling.
A 42 in pike grabbed it .
I think they took some pics and will get them and post them for you.
TOny Novolany and his group arrived for their tenth year and Tony caught a 29.5 inch walleye.
I,m sure there was lots of other nice fish caught.
Everyone is reporting lots of fish and some big ones
Brandon Shelton and his daughter are here for their first visit and they caught several 25-27 inch wakleye already. GAry Stefzak and group report tons of walleye and several 40 plus pike caught on Fly Rod. So they are having fun.
I,ll try to get some fish pics on here soon.
I know everyone likes them.