I just had to share this beautiful photo.
I’ve been waiting for a reason to get a photo of this rain suit.
It’s a beauty aye?
I was out at lemonade Lake with Ed Jantz and Bruce
It was cold and rained hard all day
2nd day after the cold front so???
But managed to get a bunch of fish including another huge walleye. 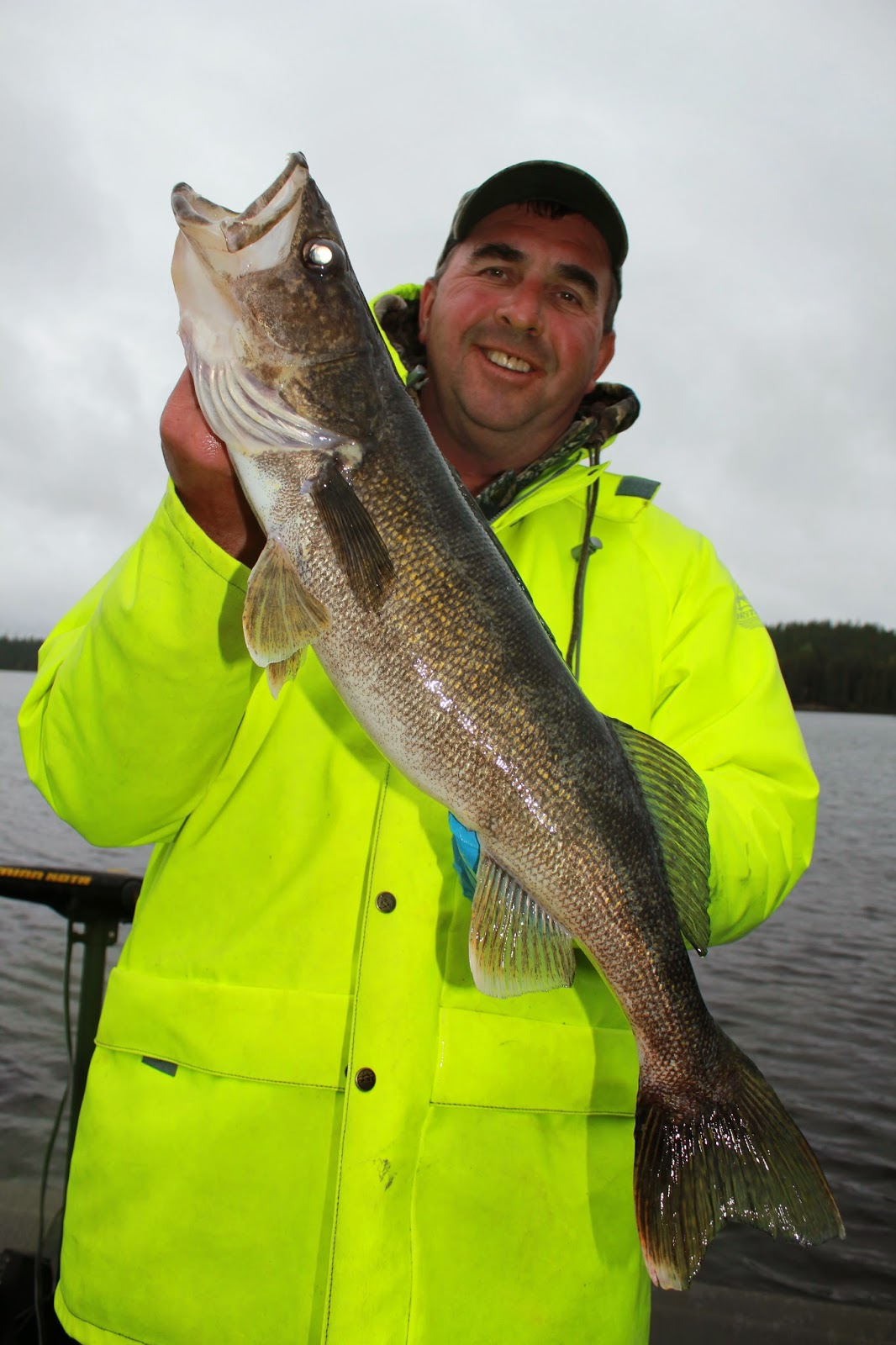 This one was in 9 feet of water.
Most of our bigger fish have been coming in about 14 – 18.
Mark caught a monster northern pike his largest by far.
Joe had never caught a walleye before this trip and his first walleye was a nice fat 28 incher.
He has two over 28 inches so far.
Bruce had a walleye definitely over 30 inches but the net handler was asleep at the switch.
Tom had a 27 -28 incher that Ed knocked off with the net.
On Monday it was pretty miserable weather but we caught well over 300 walleye.
Tuesday was cool and sunny and Mark caught his Giant.
We also caught several hundred walleye including Joes 2nd huge walleye.
I’ve managed to catch several big walleye including two truly huge walleye by any standard.
I’ll post the other pictures soon.