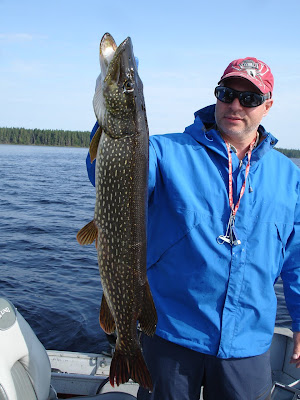 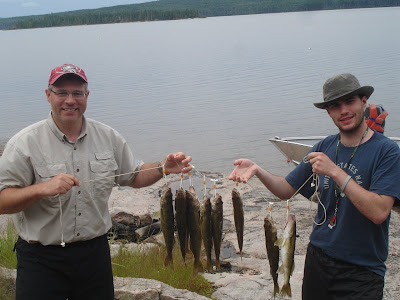 Scattered clouds throughout the day with some strong winds blowing in from the north causing some white caps. Water temperature was at 66 F.

John and Peter went out to big bay and surrounding area, for a total of about 30 with a few pike. They used crawlers mainly.

Myron, Sean, Wade, and Andrew went out with the Walleye wizard to north bay, and had roughly about 70 walleye with the largest at 24". They fished with orange jig heads using minnows. Myron also caught a nice 38" Northern.
Posted by Kevin Geary at 9:04 PM