MAY 22-29 CONTINUED GOOD WEATHER AND FISHING

TONY SCHAEFER AND HIS GROUP Caught SOME BIG PIKE
Sunday they had two 40 inch pike a 41 and a 43.
will post pics soon
oops the camera wnt in the lake
no pics
TONY NOVALONY AND HIS GROUP HAD A BUNCH OF 25-28 INCH WALLEYE OFF EAGLE POINT. 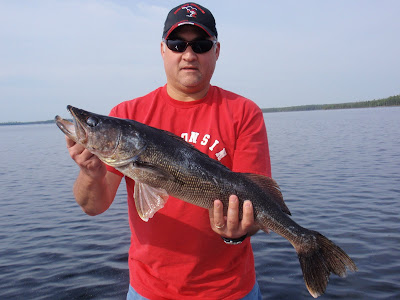 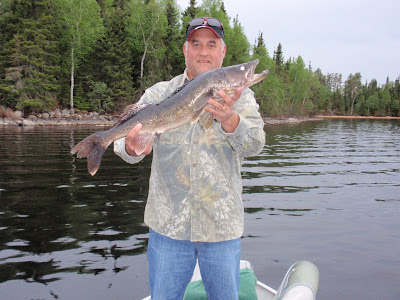 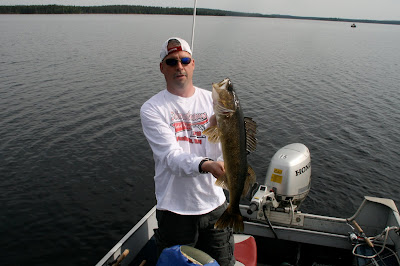 JOHN BACHBURGER AND GROUP HAD AT LEAST ONE 40 INCH PIKE AND SOME BIG WALLEYE.

HAYDEN, SEANNA AND BRADY CAUGHT A BUNCH OF GIANT WALLEYE
EVEN SOME RIGHT OFF THE DOCK.
I took the kids out for a few hours.
Seanna had a 25 incher within the first 30 seconds.
She ended up and with a HUGE walleye
Hayden caught a 29 incher.
They've both caught several over 30 in the past but still get a thrill out of these big walleye.

Then after supper they caught a bunch off the dock.
It was a great day. 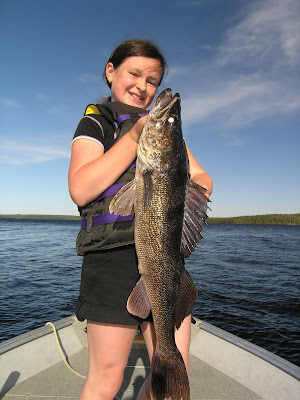 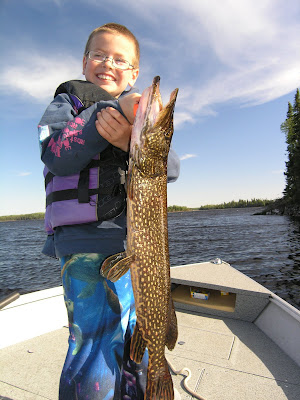 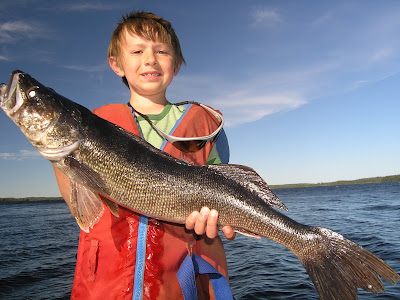