Greetings from northern Ontario. I guess this is the ontario fishing report.
It's been a busy summer and with my health limitations I haven't had a chance to put a posting on here so I figured I better get busy..
I'LL POST MORE AND TITLE THEM BY WEEK BUT FIRST LET ME JUST GET A FEW PHOTOS AND SOME INFO POSTED

.
Here are a few from late June just to get started. 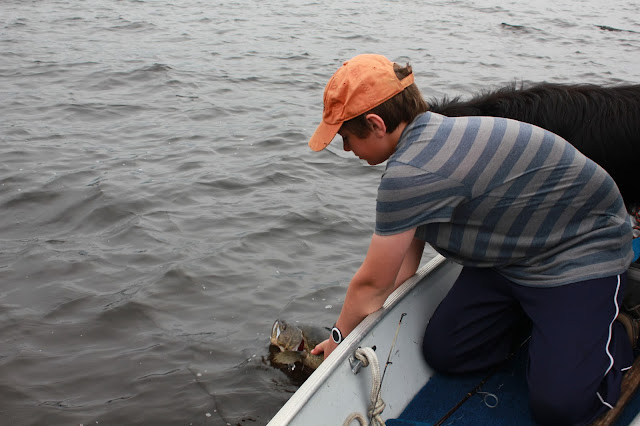 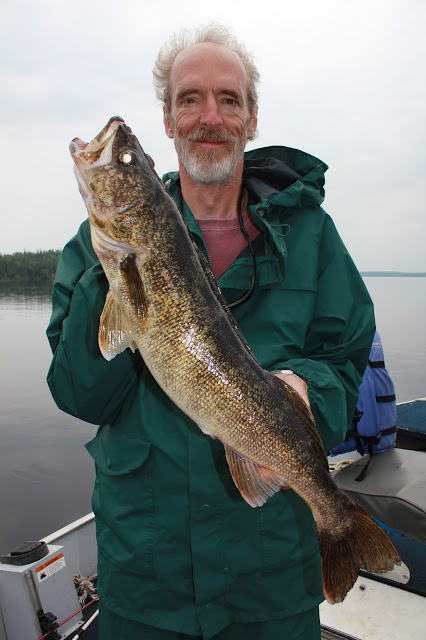 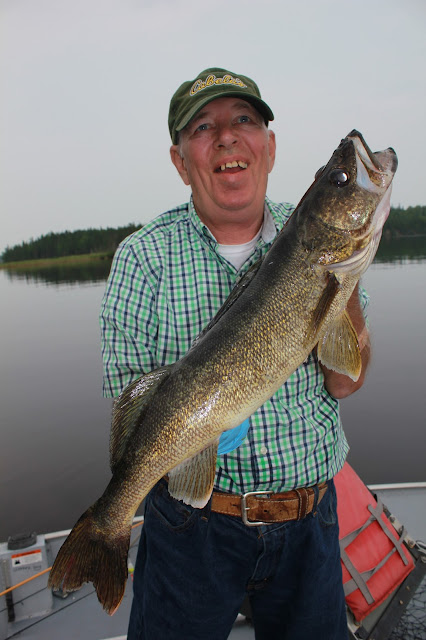 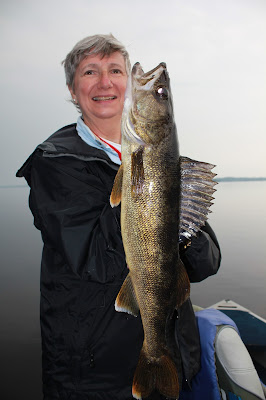 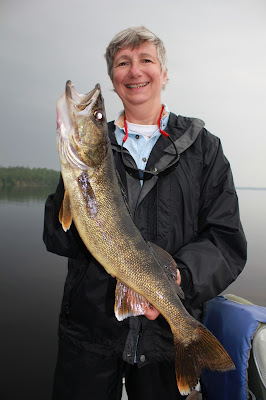 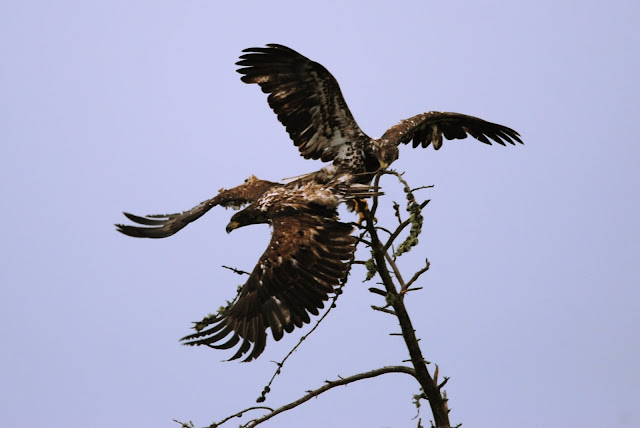 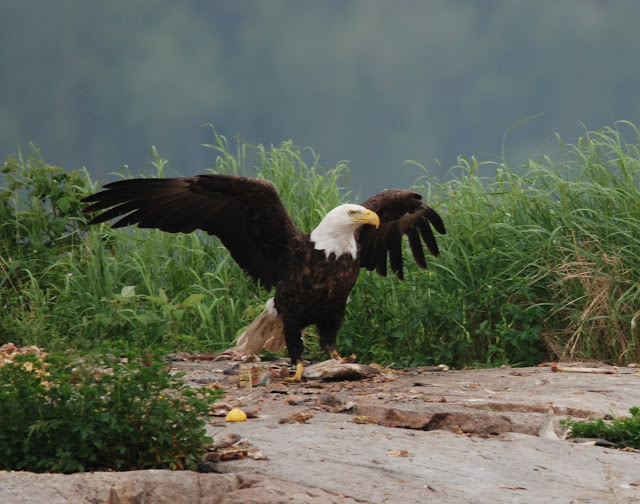 June and July were had great weather and fishing was excellent as usual. I will post details and photos as soon as I can. 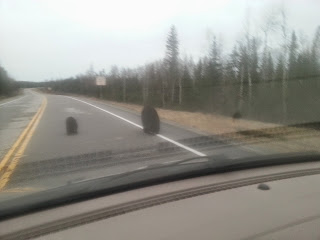 BEAR AND CUBS ON HIGHWAY 105

The weather cooled off a lot this week (August 22) it was actually down in the 40s today.  After all the hot weather we had It will be interesting to see what the fish are doing next.
The walleye were in 8 -12 feet during the hot spell through early august but were moving into 18-20 feet by August 18-22.
There were times in August when the fishing was outstanding. Hayden who Just turned 13 guided a group to a 50 inch pike and that the same group got a 47. Another group that week caught a 47 inch pike. so that week we had two 47 and a 50  inch pike. That week the pike were in the cabbage weeds which is unusual for Nungesser. But nobody was complaining. Two groups had been fishing northern Quebec for many years and they caught the largest pike of there lives. And more walleye than they,ve ever caught.


THE HERMAN GROUP WAS THRILLED WITH THIS NICE SIZE PIKE 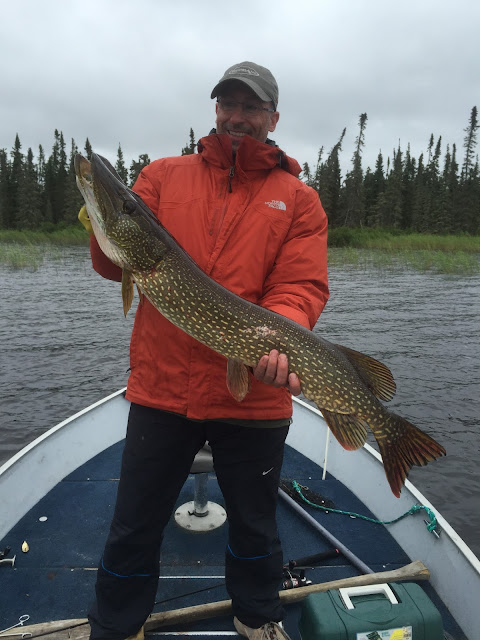 
HERE IS DAVE HERMAN  WITH HIS 50 INCH TROPHY NORTHERN PIKE
ANOTHER BEAUTY FROM NUNGESSER LAKE.
TAKEN ON A 5 OF DIAMONDS SPOON. 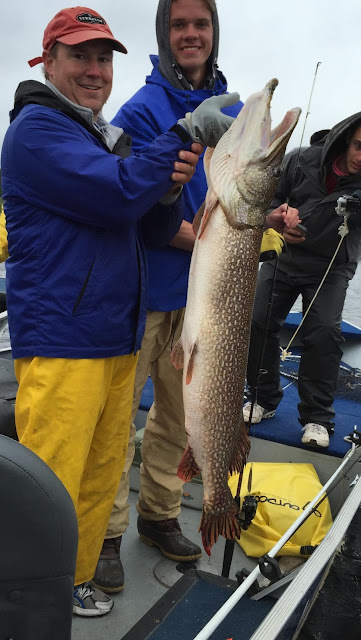 ONE DAY EARLIER DAVE HELPED WITH THIS AWESOME 47 INCH TROPHY PIKE WAS CAUGHT ON A LARGE GOLD JOHNSON SILVER MINNOW. 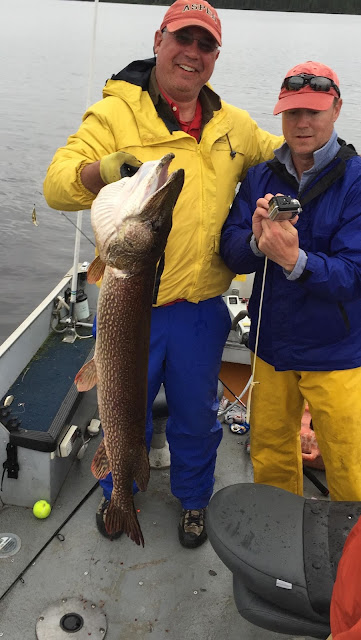 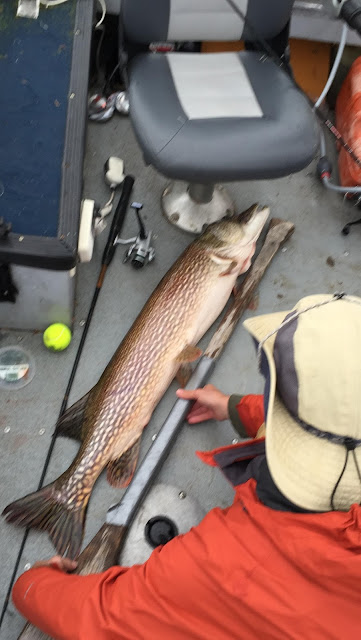 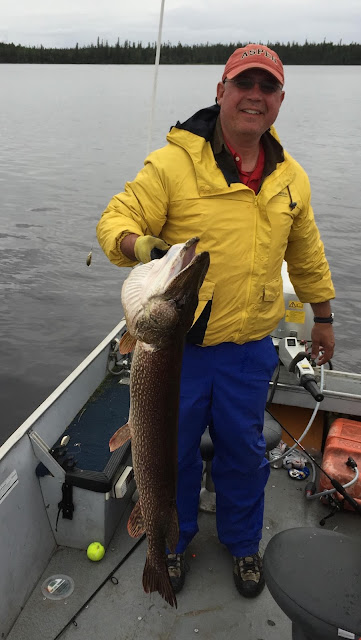 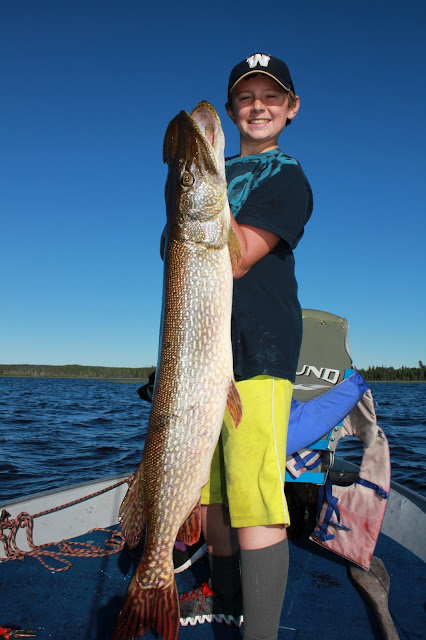 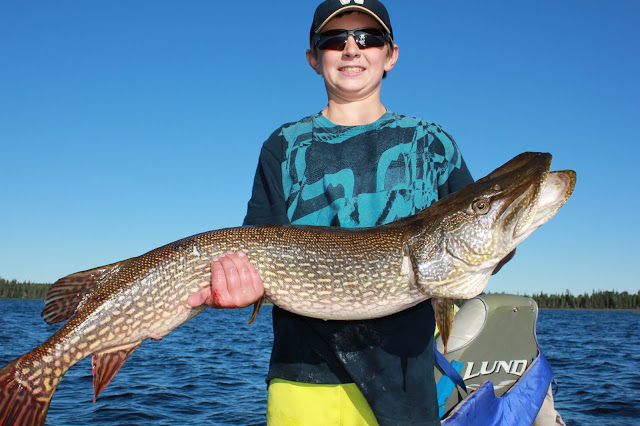 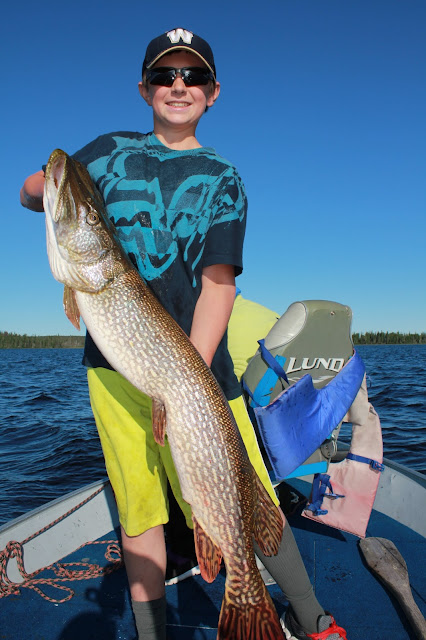