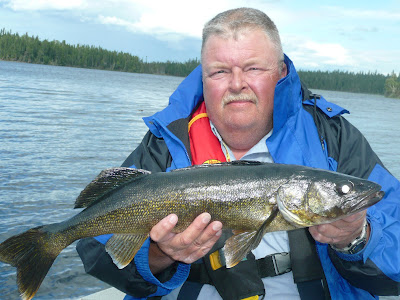 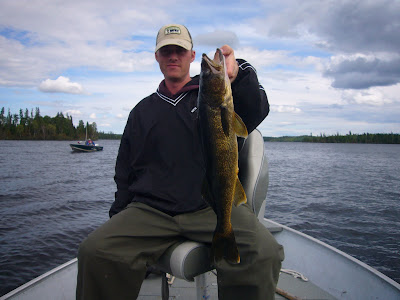 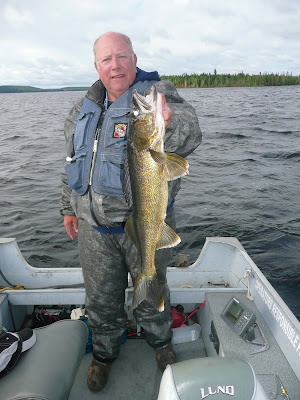 7/8
Skies clear in the am, however, dark clouds moved in quickly with threats of rain. Slight sprinkles but nothing major. Mild winds blowing from the north west.
Dan went out to the wall again and fished the “flats” for a bit, had a good day, bringing in about 39, the largest at 22”

Craig and Jims group had an ok day, fishing out of North bay, they hauled in about 77 walleye, with the biggest coming in at 21”

Jim from cabin 2 went out with Calvin and had a good day, bringing in about 40 the biggest at 22”

Bruce, Fred, Dave and Rick had a good day, bringing in roughly 97, they fished wolf island and the narrows. Fished with gulps mostly. The biggest coming in at 26"
Posted by Kevin Geary at 8:12 PM