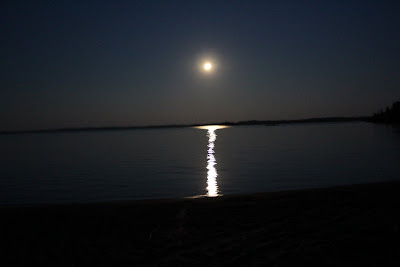 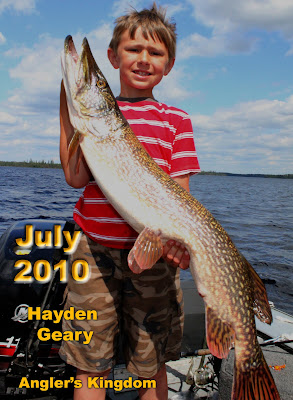 Everyone was catching fish everywhere today.
weather was perfect southwest wind a bit strong at times but felt good with temps in the hi 80s
Beautiful full moon last night.

The Hodne group caught "about 1500 today"
"couldn't even touch bottom most of the morning and it was even better in the afternoon. The usual stuff , put your bait down , catch a fish"
After 37 years they pretty much expect it but at the same time are not dissapointed if the fish aren't jumping in the boat.
The used jigs and minnows or worms in 12-18 feet.
Mostly in big bay and the east end.

Domonic Cosgrove and his family caught hundreds all over the main basin east of the sand flats and had some big pike in north bay.

Allen and Alex Krupa caught 60 or so walleye while chasing Pike
Had several good pike and missed a couple of really nice ones.

Roger Hagan "did very very well" but didn't expand on that. I know Roger and I have a feeling that means several hundred fish with plenty of big ones mixed in.

I took the family and Belinda and Gage down to big bay.
Fished on one of Brets spots ( could have been any one of a dozen places down in that area)
We anchored up in 12-14 foot and commneced a catchin
we fished from 2.30 to 4.30
We had several quads a bunch of triples and countless doubles.
Thanks goodness Seanna and Hayden can bait their own lines and take their fish off or I woldn't have fished at all.
Now if I could just get Deb to do the same.
Deb caught about 30-40 Hayden and Seanna each caught about the same.
Belinda and Gage must have had 20 each. I caught about 60
So we were pretty close to 200 in about 2 hours.
We went thru 6 dozen worms and 8 dozen minnows.
Hayden was thrilled to bring in this Giant Pike to round out the afternoon.

all in all a very nice day.
Posted by Kevin Geary at 8:59 PM