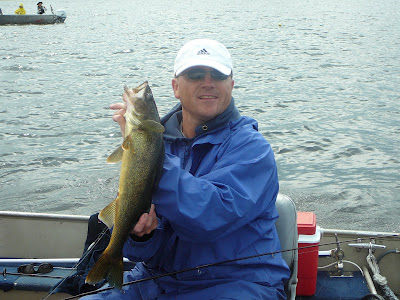 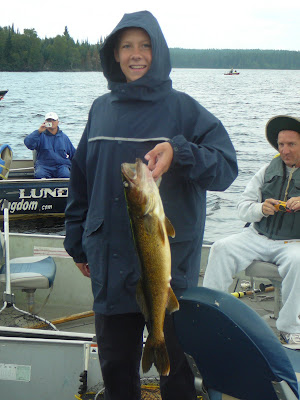 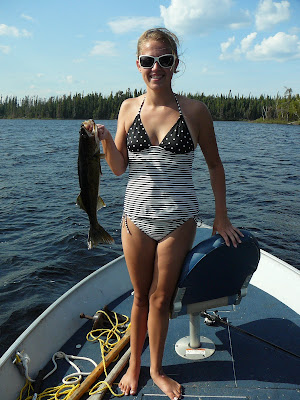 7/29
Clear skies in the am, and throughout the day, with a beautiful evening. It was a beautiful day throughout. Mild winds to cool off. Some of the kids in the Hodne group went tubing to cool off a bit. 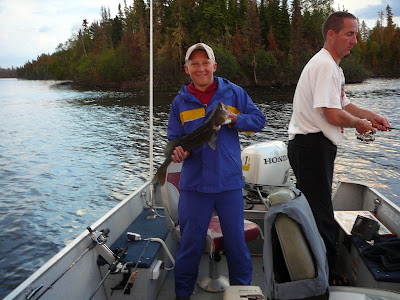 The Hodne group had success today, breaking the thousand mark before lunch, with a total of about 2000 for the day. However, they will have to leave tomorrow due to the death of a family friend. Let us send prayers their way in this difficult time. We will miss this group indeed. See ya next year.

Tom and his son John had an ok day, bringing in about 80 for the day the biggest at 24, using crawlers.

The Hagen group had close to 200 with the biggest at 23” with a few pike. They mainly trolled using spinner rigs and minnows.

The Cosgrove had a good day with about 150 and later went out after supper. They used jigs with crawlers.

Al and his son Alex had a rather slow day and fished mainly for pike, the lake was dead calm, so that may of played a role in the slow day.
Posted by Kevin Geary at 8:26 PM