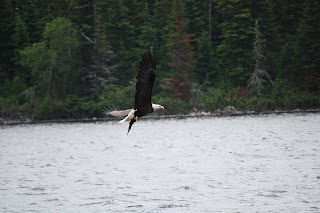 Sunny and calm in the early morning until about 10am. Sudden storm that took off a few dozen trees within a matter of minutes, the storm also lasted about 15minutes. Strong winds from the east with water temperature at 67 F. Clear skies in the evening with subtle to no winds.

Dan from cabin 6 went out after the heavy storm to eagles nest and caught about 47 walleye, the biggest at 20” "This is the best walleye lake i've ever fished or even heard of."


Craig and his group got in about 4pm and went out for a few hours and caught a few dozen. No doubt is was a slow day due to the heavy storm. Things should pick up tomorrow.

Kevin and his family caught about 40 walleye in a few hours by Ferrit Bay in about 14 to 15 feet.

Click on the image to enlarge, it's a picture of a gray wolf. 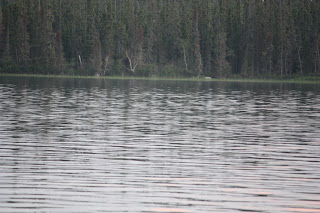